UN Declaration on the Elimination of Violence Against Women 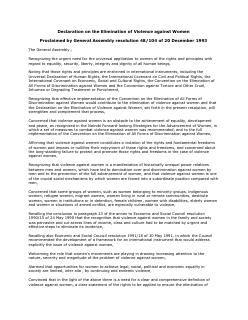