Convention against Torture and Other Cruel, Inhuman or Degrading Treatment or Punishment 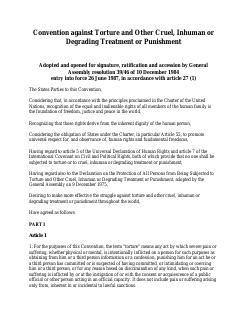